We are strongly engaged with all people working with us and our community in general.

We are committed to foster the developing of the industrial area we are located in, our local community and territory while favoring a sustainable inclusive growth of the overall area.

We do believe our actions play a key-role in encouraging positive change; this is why we are committed to give our contribution to the economy, to the environment and to the culture of the community we work and live in.

We are strong believers in a Prosperity to be reached only together with the people working with us as well as those working around us.

This is our commitment to the people working with us:

Human sustainability truly is a life-style, it defines how we bear ourselves in the world; it is an attitude pivoting on an intentional civilized way of living  as well as acting upon those intentions. Mary’s Meals is an international charitable association offering  a good meal every single day of school, to some of the poorest children in the world.

Mary’s Meals is working for a shared goal: to transform the lives of hundreds of thousands poor children all over the world.

IRINOX has decided to be at the forefront in the fight against the world’s poverty and hunger through schooling. We are doing so, alongside with Mary’s Meals Italia Onlus  by supporting the New Creation World Outreach School of the St. Paul River District in Montserrado County, Liberia.

Our support will be granting a daily good meal for 233 children for 12 months. This is going to give them the chance to attend school for those 12 months thus granting them education.

Children in Liberia went through a lot of suffering caused by brutal civil wars in the country: the great majority of the children, being engaged in the warfare, were forced to leave school. Most of schools have been destroyed by the civil war.

Notwithstanding a decade of continued peace, Liberia is still greatly challenged by restoring its schooling system: 60% of Liberian children are still not attending school. 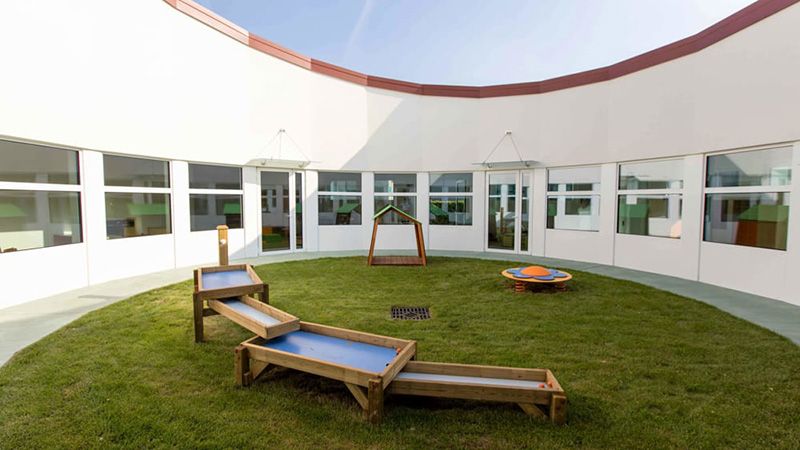 IRINOX is a partner in the Prealpi Trevigiane inter-company consortium which created and is managing the inter-company nursery called “Garden of Colours”. This facility aims to give to our employees a modern nursery for their 3-month to 3-year of age children.

The facility results from architect Stefano Tinelli’s architectural project. The building looks like a shiny sail emerging from the ground and projecting north-est. It covers a two-storey 600 sqm. surface: the ground floor being used for the children -  in compliance with the relevant rules - while  the upper floor being used as office and other-service area. Further 600 sqm of outdoor space is divided into two gardens. One of these two gardens has a circular form inside the building.

“The Garden of Colours” is a facility welcoming employees’ children as well as  other children living in the area for a total of 64-kid capacity. This building results out of the technological know-how of all companies partnering in the Consortium for a total of 1.3 million Euros investment.

It is  architecturally on the cutting edge, incorporating also the highest sustainability standards of Energy A Class-Range; all this is for the maximum comfort and well-being of its little guests! 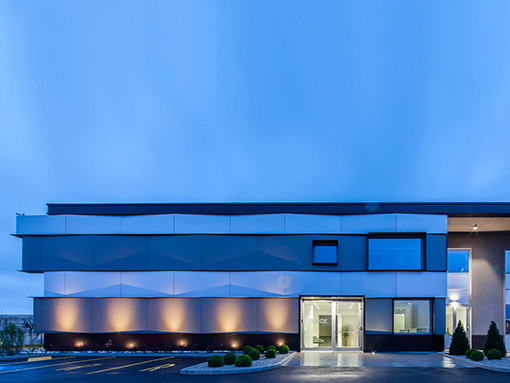 Write to us to receive more information on the IRINOX world.
Contact us